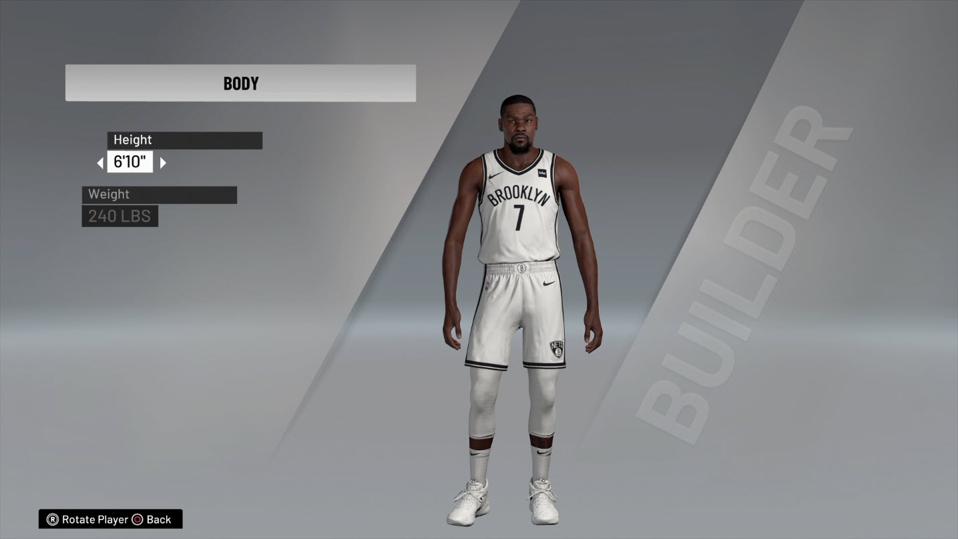 The NBA mandated teams measure and report every player on their roster’s accurate height and age. I spoke with 2K a few weeks ago, and they confirmed the game would accurately reflect any changes the league made. On Wednesday, those changes took effect.

NBA 2K released a huge roster update that now reflects each player’s correct height according to the NBA’s new records. One of the players whose height was most often questioned, the Brooklyn Nets’ Kevin Durant, went from 6’9” to 6’10”, though many expected him to be listed a bit taller.

I checked my MyTeam squad, and it doesn’t appear as though the heights have been updated in that mode. It’s possible that can’t happen until new cards are issued because it could potentially change the rating, which would then disturb the economic system of the mode.

In addition to player heights, the new update also adds badges for players like the New Orleans Pelicans’ Brandon Ingram. The 22-year-old is averaging a career-best 25.9 points per game along with 7.1 rebounds and 4.3 assists. In the absence of Zion Williamson, Ingram has thrust himself into the early conversation for NBA’s Most Improved Player.

Because of his hot start, Ingram deserved a bump up in his ratings and some additional badges. Ingram has lept from an 81-overall to an 85, and he now has 14 badges. He began the season with just four. There are other players who have seen a similar increase. Detroit Pistons guard Derrick Rose has seen his overall rating climb to an 84 from an 80 as well.

It will be interesting to see if the MyTeam cards that are released moving forward represent the correct player heights.