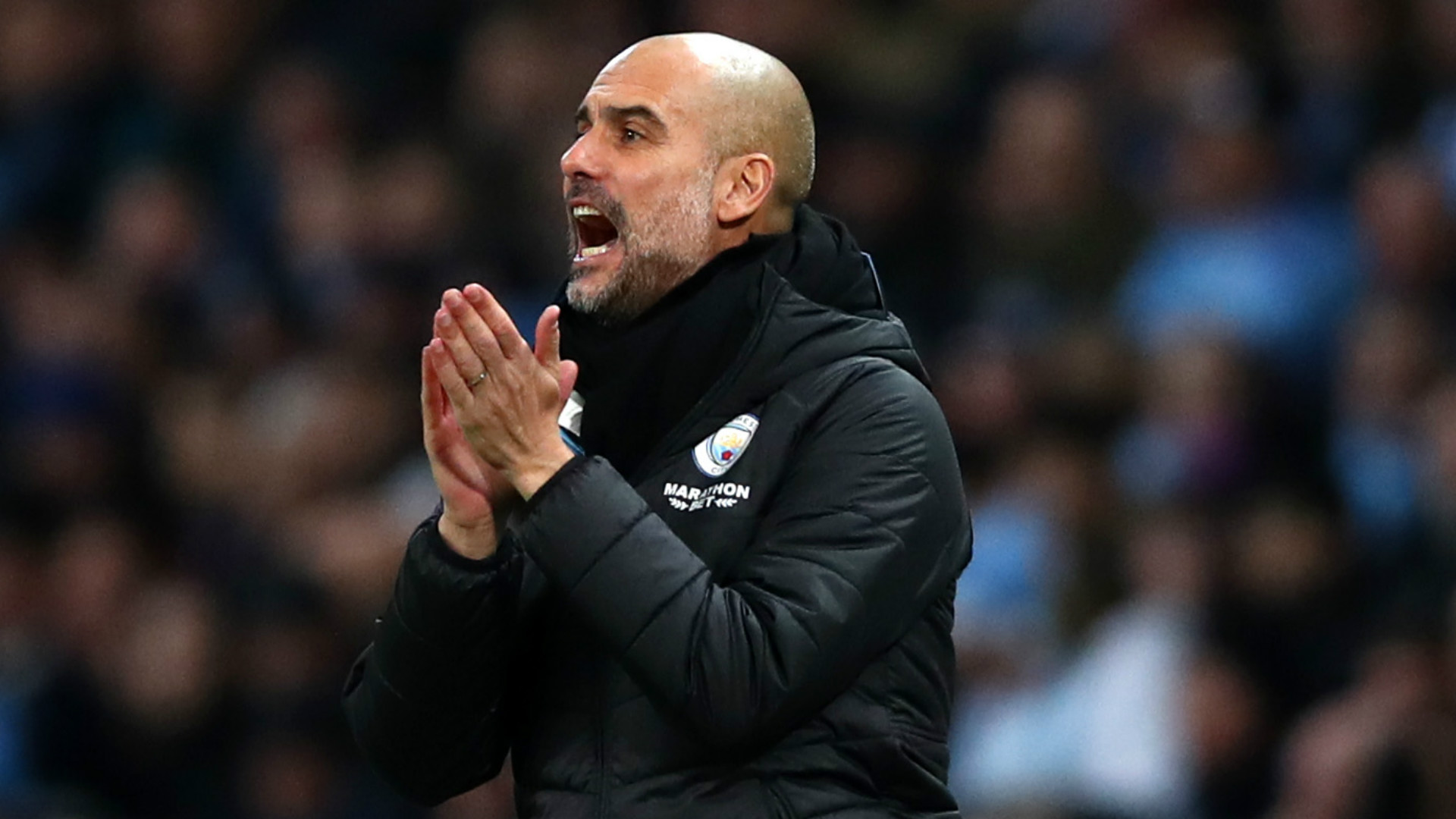 Pep Guardiola says it is “unrealistic” to expect Manchester City to chase down Liverpool at the top of the Premier League despite a morale-boosting win over high-flying Leicester.

City beat Leicester 3-1 at the Etihad Stadium on Saturday to move to within 11 points of Liverpool, whose domestic commitments were postponed because of the World Club Cup in Qatar.

Victory over Brendan Rodgers’ side prompted questions about whether the reigning champions are still title contenders, but Guardiola insists Liverpool’s form makes an challenge unlikely.

“When a team has 16 victories from 17 [games] it’s unrealistic to think we are going to chase them,” said Guardiola.

“It’s unrealistic right now. We have to try to win our games, secure Champions League for next season and then you never know, no? “If they drop a couple of games, and we win and win — I don’t know. When one team lose one game in the last 53 or 54, I’m not optimistic that they are going to lose four or five in 10 or 11 games because they are incredibly strong.”

City begin their hectic Christmas fixture list with a trip to Wolves on Dec. 27 before facing Sheffield United at the Etihad on Dec. 29.

Along with Wolves, Bournemouth, Newcastle and Leicester, City are one of five teams who have been scheduled to play twice in less than 48 hours and Guardiola is less than impressed.

“I wrote a letter to the Premier League to say thank you and we are going to the fridge after Wolves to get ready for Sheffield United.

League of Legends is coming to mobile and console