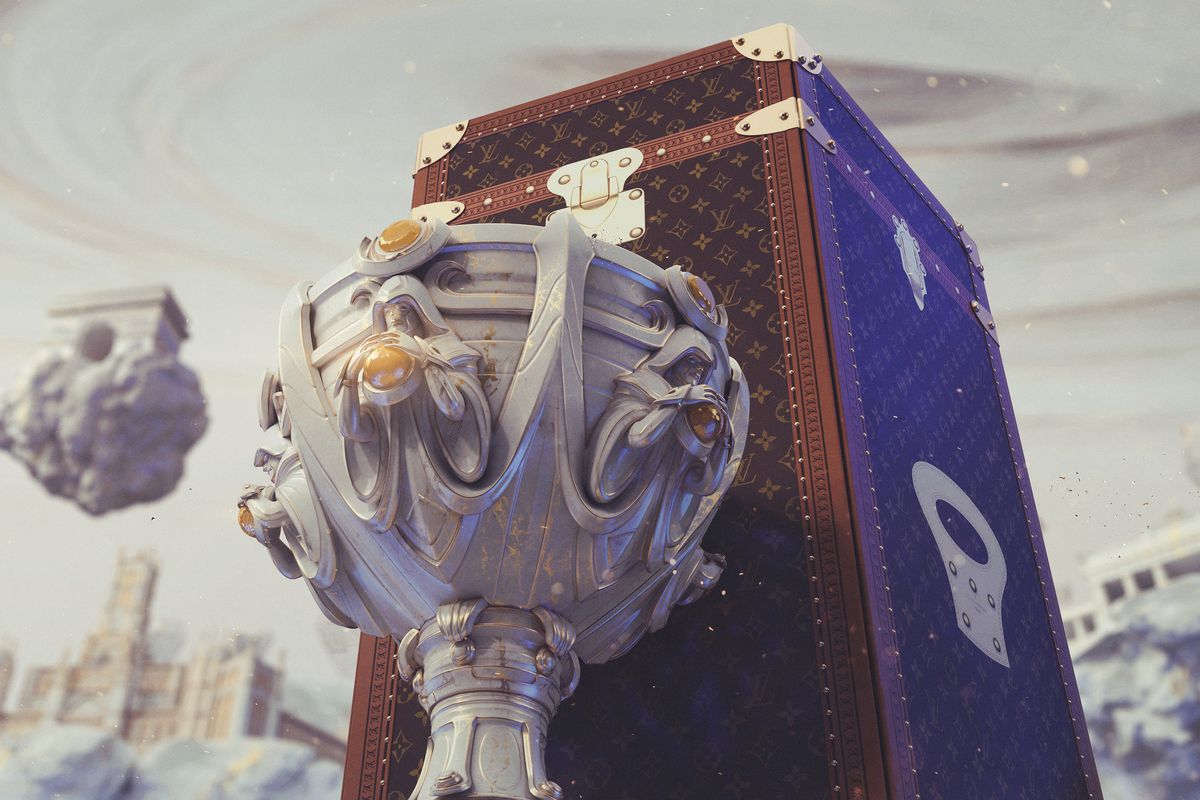 League of Legends is taking a big step into the world of fashion. Today, developer Riot Games announced a new partnership with Louis Vuitton that will see the famed fashion house design League-themed items for both in the game and in the real world.

Unfortunately, we don’t know what those designs will look like yet, but there will be two main components. First, Louis Vuitton will be creating a bespoke case for the Summoner’s Cup, which is the trophy given out each year to the team that wins the League of Legends World Championship. This year’s event will kick off with play-in games in Berlin on October 2nd, building up to the finals on November 10th in Paris. Riot says that the case “will feature both traditional Louis Vuitton savoir-faire, along with cutting-edge, high-tech elements inspired by the League of Legends universe.”

“THEY UNDERSTOOD AND APPRECIATED GAMING AND E-SPORTS RIGHT AWAY.”

Louis Vuitton has a history of creating these kinds of trophy cases for events like the World Cup and the French Open, and Naz Aletaha, head of global e-sports partnerships at Riot, says the developer had long wanted something similar for League’s biggest annual spectacle. “We so admire what they bring, and how they support other sports,” she tells The Verge. “They understood and appreciated gaming and e-sports right away.”

The partnership will also extend into the game itself. Nicolas Ghesquière, Louis Vuitton’s artistic director for women’s collections, will be designing a series of in-game character skins along with a clothing capsule collection. Both the skins and the trophy case will be revealed at some point during the month-long world championships.

This isn’t Louis Vuitton’s first foray into gaming — the company previously featured Final Fantasy XIII heroine Lightning as a virtual model — but it comes at a time when fashion is becoming more tightly connected to gaming and e-sports. Nike recently revealed a new line of jerseys for League teams in China’s LPL, which will debut at the World Championships, while Fortnite star Tyler “Ninja’ Blevins recently launched a new line of apparel with Adidas.

Meanwhile, e-sports organizations like 100 Thieves — which operates a team in the North American League pro circuit LCS — have made apparel a major part of their business. It’s a shift that has attracted some big names as investors, including Drake. When The Verge spoke to rapper Offset about joining e-sports team Faze Clan, he explained that “These guys are influencing things for the culture. This is what I believe in. This is what I do my art for.”

For Aletaha, this confluence of gaming and fashion makes a lot of sense as League has become something bigger than just a game. The strategy title is approaching its 10th anniversary this year, and Riot says that it’s “the biggest PC game in the world” with more than 8 million daily players. In addition to e-sports, the game has expanded into everything from music to comic books. League was featured in an episode of The Simpsons, and last year’s world championship in Incheon featured an augmented reality K-pop concert. (The song was so popular that it even made it into other games.)

With that in mind, a partnership with Louis Vuitton doesn’t seem so out of place. “It’s really become a lifestyle,” Aletaha says. “We now fully have our own culture. Fashion is a not-surprising next step.”

designing, for, Is, league, Legends', Louis, New, of, skins, Vuitton

The next ‘Apex Legends’ event includes a sniper-focused mode