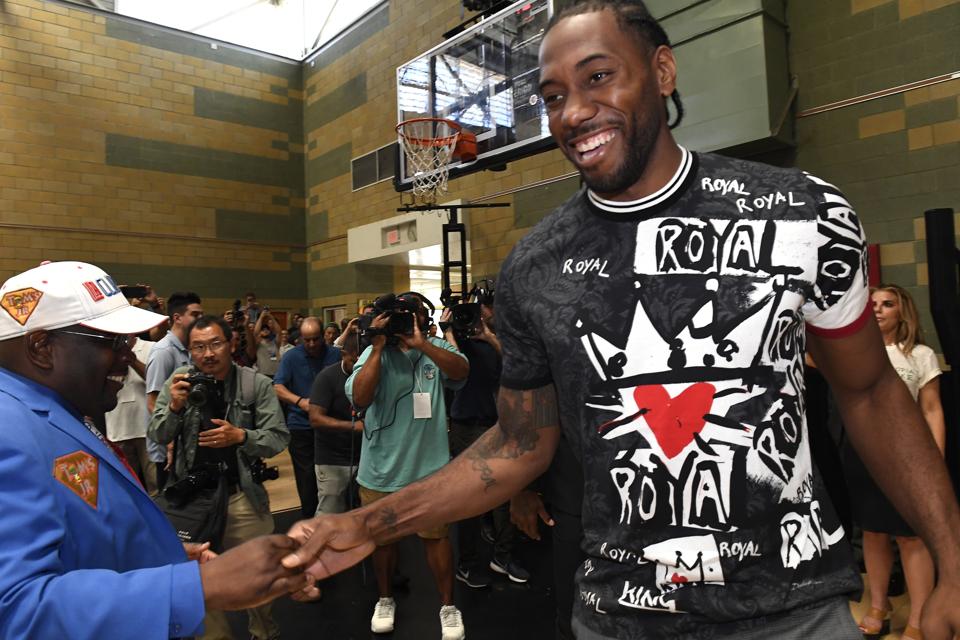 Simply put, Kawhi Leonard is the best two-way player in the NBA.

Before the 2019-20 NBA season begins, the month of September will be dedicated to creating player profiles on the starting lineup of the LA Clippers. Naturally, the first profile will be the team’s new superstar player, Kawhi Leonard.

When analyzing Kawhi Leonard, the first thing fans need to recognize is what a two-way player is, and why it’s so important. A two-way player is one that excels at both the offensive and defensive ends of the floor. Some of the greatest two-way players in NBA history are: Michael Jordan, Kevin Garnett, and Hakeem Olajuwon. The capability is significant because it means a team can rely on that player on all facets of the game; their footprint is everywhere.

Despite making the defensive second-team this year, Leonard’s true defensive prowess was shown in the NBA playoffs. Giannis Antetokounmpo was virtually un-guardable during the 2019 season, averaging 27.7 PPG, on 57.8% shooting, with an astounding PER of 30.9. Yet somehow, Leonard guarded the MVP better than anyone all season. Throughout the Toronto series, Giannis averaged 22.6 PPG on 45% shooting. In addition, per 100 points, Giannis only averaged 15.9 points against Kawhi Leonard. The MVP was only shooting 34.6% on the season when guarded by Leonard. Kawhi may have received a second-team nomination, but when it’s time for him turn up his defensive prowess, he has no problem doing so.

Offensively, Kawhi Leonard’s improvement is something very few people saw coming. Leonard entered the league not known as an offensive threat, it took him four years to average more than 15PPG. However, he tirelessly worked on both his offensive game, and physical strength, in order to improve his offensive game. As a result, Leonard started his NBA career with only 46% of his two-point field goals unassisted, and he finished last season with 72% of his two-point field goals unassisted.

Kawhi may have a career average of 17.7 PPG, but that’s a far-cry from what he’s capable of. His improvement gathered the praise of the NBA’s greatest players. Even before his recent offensive explosion, Michael Jordan called Leonard ‘the best two-way player in the game,’ in 2017.

Coming off a career high of averaging 26.6 PPG last season, Leonard has undoubtedly become the best two-way player in the NBA. Those numbers only catapulted further during the 2019 playoffs, where he averaged 30.5 PPG, on nearly 50/40/90 (49/38/88) shooting splits. His virtuoso performance made Clippers head coach Doc Rivers call Leonard ‘the most like Jordan we’ve ever seen.’ The perfect analysis of Leonard’s offensive improvement comes from Kobe Bryant.

‘Kawhi has a way to disassociate his movements, and what I mean by that is his legs can continue to move in one direction and his upper-body can drop – see how he drops that shoulder down? He drops that shoulder down to keep the defence at bay and he still has the leg strength – look at all that power going into those legs right there’ – Kobe Bryant

There are so many other little details one could give in assessing Kawhi Leonard. The one thing Clipper fans need to know, is that he’s a player that perfectly fits the team’s persona. Leonard won’t disrupt the already established offense, he’ll add to it. It may have taken a while, but the Clippers finally got their man – quite possibly the greatest player to put a on a Clipper uniform.