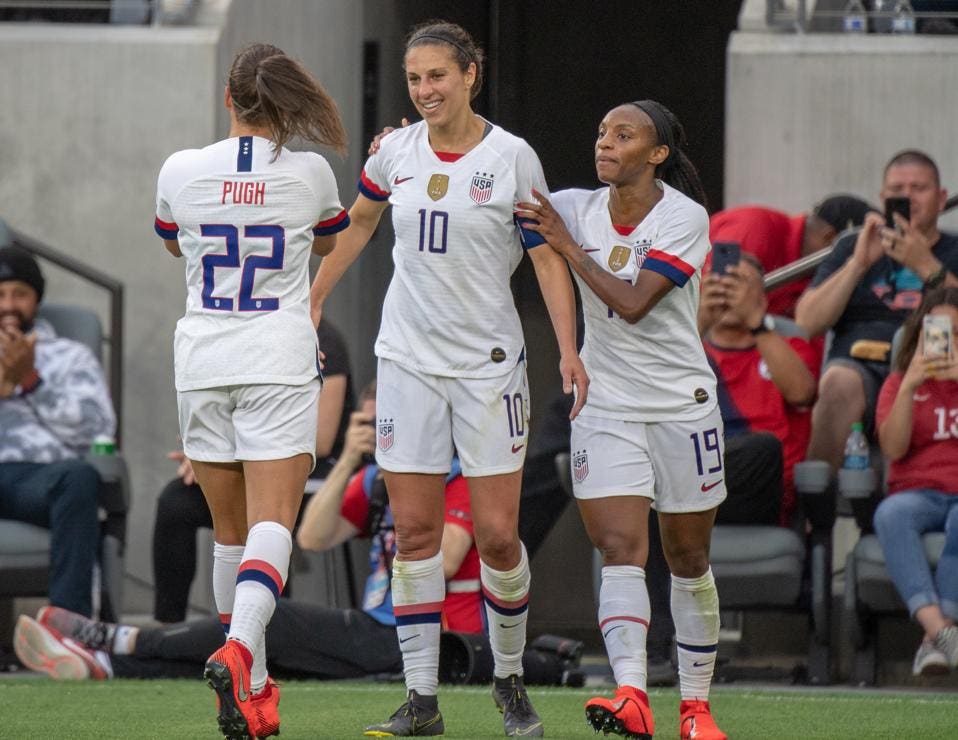 Ellis included Ali Krieger among her defenders and Morgan Brian on her list of midfield choices over Casey Short and McCall Zerboni, respectively, upending some of the expected flow of the 2019 squad. Allie Long, too, showed up on the final roster after seeming to fall out of favor earlier this cycle.

She addressed these decisions in a conversation with reporters following the roster release.

“I think specifically, their combined experience is vast,” Ellis said Thursday on a conference call. “I think a couple of them, Allie Long and Morgan have been battling injuries over the past 3-4 months. So part of it was looking at how those players were trending.”

The answer on Krieger, a player who could earn her 100th international cap in France, was even simpler.

“What I know about Ali Krieger, no moment is ever going to be too big for her,” Ellis said.

But the absence of Short leaves the United States without an obvious backup to Crystal Dunn at left back. Ellis cited Kelley O’Hara’s experience at the position as a potential fallback position, but she was also full of praise for Short and Zerboni, who may find themselves in the position Dunn did back in 2015 — in the running for the best players who didn’t make the squad.

“They did everything they possibly could to make it hard,” Ellis said. “But ultimately, the conversation turns to those who have been selected.”

Ultimately, Ellis has spent this entire cycle working to incorporate new talent into the system so they are ready for France, and that’s reflected in the 11 players making their World Cup debuts.

And yet, do not miss the way Ellis seems to see her roster as defined by what has been accomplished by the other 12, her veterans. Take her comment on Megan Rapinoe, for instance.

“When you have a player that’s experienced, being in a game like she was in the Brazil game in 2011, she can share that story with the team, that we’re never out of it,” Ellis said, referring to this shootout win in the 2011 World Cup quarterfinals. “As a coach, you just can’t lean on that enough.”

Your full roster can be found below. Three games remain on the sendoff tour, starting May 12 in Santa Clara, concluding May 26 in Harrison, NJ. Then it is on to the World Cup in June.