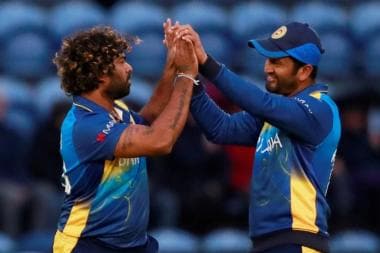 London: When Sri Lanka last played in the Cricket World Cup, the French Open was at the quarterfinals stage, the NBA Finals were 1-1, and Chris Froome was training in Tenerife.

When the Sri Lankans pop back on the tournament radar in London on Saturday, it will have been a long 11 days since their last completed match.

In that time, their opponent at the Oval, Australia, has overcome the West Indies, lost to India, and held off Pakistan. Australia captain Aaron Finch acknowledged the advantage was theirs.

“You can never take any team in this competition lightly, but the fact that we’ve been playing consistently, basically every three days, has been really positive that we’re in cricket mode at the moment,” Finch said on Friday.

Sri Lanka has been the worst affected team of this rain-hit World Cup, as both of its fixtures in Bristol were abandoned. Yet, the two points from those washouts, plus the win from its last appearance on June 4 against Afghanistan, have Sri Lanka still in the top half of the standings.

This is the 20th match of the ICC Cricket World Cup 2019. The match will take place at The Kennington Oval in London. The match will start at 3 PM IST today. It will be broadcast live on StarSports network. Online viewers can logon to Hotstar for all the live action.

Australia is unlikely to tinker with their playing XI after a good outing against Pakistan. With the surface expected to be flat and Marcus Stoinis still injured, it looks likely that skipper Aaron Finch will back the same combination.

Lasith Malinga is due to join the team after attending his mother-in-law’s funeral and Nuwan Pradeep, who was the star of the Afghanistan clash, is expected to be back for Sri Lanka after being ruled out for a game.